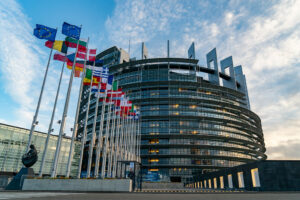 This week, the European Parliament voted in favor of making batteries more sustainable, including making them removable and replaceable. MEPs were voting in plenary on their report on  the battery regulation proposed by the European Commission in 2020. They adopted an ambitious position on the issue of removability and replaceability of batteries, a key aspect to extend the lifetime of electronic products sold in Europe. This doesn’t mean user replaceable batteries anytime soon, though, as this only represents the Parliament’s position and the battle for a final, ambitious regulation with the Council still needs to happen.

Another tool in the Right to Repair toolbox

While the regulation will cover many aspects of a battery lifecycle such as due diligence, the carbon footprint from manufacturing, collection, recycling and the use of recycled content, as well as clear labeling, it is also expected to address their removability and replaceability.

As lithium batteries are found in everything from smartphones to scooters, electric cars and energy storage for smart grids, ensuring they can be removed and replaced when they fail is absolutely essential to ensure products can last for longer and prevent unnecessary waste.

Moreover, the report calls for the user replaceability of batteries in all consumer electronics and light means of transport. If this becomes law, it would no longer be possible for manufacturers selling such products in the EU to power them with integrated batteries. When it comes to e-bikes and e-scooters, MEPs called for enabling the replaceability of battery cells by independent repairers, as well as the prevention of the use of software to block the replacement of batteries or other key components.

The Parliament report also called for the batteries for consumer electronics and light means of transport to be available as spare parts for a minimum of 10 years after the last model was placed on the market.

Still a long way to go

With this vote, the European Parliament adopts an ambitious position on the removability and replaceability of batteries, in line with its recent votes calling for the Right to Repair.

The next step now is negotiations between the Council and the Parliament on their respective positions and amendments to the Commission’s proposal. However, the Council’s current position on battery removability is extremely weak and a compromise risks watering down the initial ambition to make batteries removable and replaceable for all electronic products sold in the EU and to make them available as spare parts. Indeed, the Council’s current text plans a vague loophole for products used in “wet conditions”, only considers the battery pack as a unit and not the components that create it, does not ensure that batteries should be available as spare parts nor addresses the use of software to prevent replacement and repair.

A final decision on the Council’s position should be made during the Environment Council on the 17th of March.

Meanwhile, if negotiations go well, the regulation could be adopted in 2022. However, the “entry into force” date is still very far and the timeline for specific measures to become law in member states remains unclear. The Parliament report calls for measures on battery removability to apply from the 1st January 2024. But the latest Council document suggests a 12 to 24 month delay for these measures from the entry into force date in order to give ample time for the industry to adapt. This could lead to the applicability of repairability requirements happening way further down the line, possibly in 2026 or even after.